Welcome to the Sofia the First Wiki

Sofia the First is a TV show on Disney Junior and Disney Channel. This wiki also covers the sister series, Elena of Avalor. In the case of the former, episodes will attempt to follow a proper order of production, instead of air date order. Warning: Beware of spoilers.

Watch the new episode of Elena of Avalor called "Elena's Day Off" on August 9, 2020, which airs on Disney Junior. Then watch "To Queen or Not to Queen" on August 16, then the series finale, "Coronation Day", on August 23. 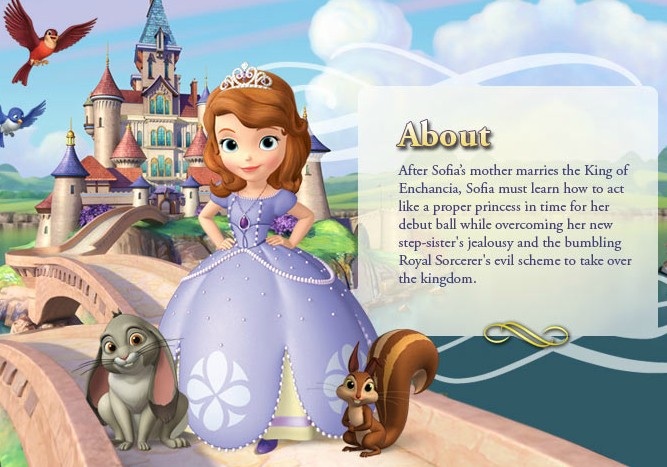 Description for Sofia the First: Once Upon a Princess.
Add a photo to this gallery
Retrieved from "https://sofiathefirst.fandom.com/wiki/Sofia_the_First_Wiki?oldid=19244"
Community content is available under CC-BY-SA unless otherwise noted.